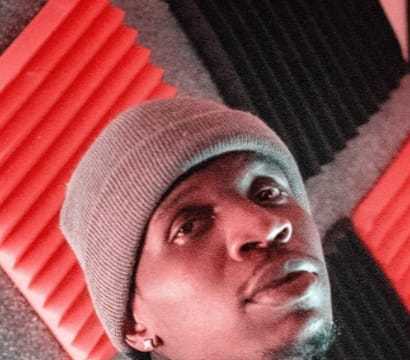 Although the Detroit area has provided the industry with some of the hottest music of all-time, this native is putting Ypsilanti on the map. With sounds compared to Lil Wayne and Drake, James Wright known by his stage name J.O. Hardworker, will undoubtedly take his place as a household name. This gifted and significant artist has a sound that most people naturally gravitate to.

Being exposed to music at a young age, whether in church, school, or band class, in combination with his love for attention due to being a decorated honor student early in life, laid the foundation for his musical background. Always thinking outside the box, J.O. Hardworker spent most of his teen years fine-tuning and polishing his talent before taking a leap of faith towards his passion in his 20’s.
Accelerating quickly, J.O. Hardworker has released many projects in the streets and on the internet. He is a huge supporter of other upcoming artists and can be heard featuring on over 50 music tracks independent from his own mixtape releases.
The first project in 2009 bears a significant title, ‘The Blue Collar Worker’. This title captures the essence of who he is, why he chose his name, and where his mission began. J.O. Hardworker explains it like this, “I represent blue collar workers because hard work pays off. I always keep going and vowed to myself that I would never give up.” His statement was proven true when back to back projects were released the following 3 years in a row; ‘I’m On My Way (2011), ‘Moneygram’ (2012), Cause-N-Effect’ (2013), 734 Project (2015), Beastmode (2015)
After first performing professionally around 2005, J.O. Hardworker has entertained in well over 150 shows from 2007 until now. He has headlined and sidelined at many popular local venues including The Zoo Bar, The Blind Pig, and the infamous Saint Andrew’s Hall. His ever-increasing audience is no surprise because a live show from this astounding performer has the crowd mesmerized from the opening notes. As his music inhabits the stage, he lives out the lyrics right in front of your eyes, making the experience 3-dimensional in a powerful way. This adrenaline boost has landed him gigs amongst Ne-Yo, J.Holiday, and Doughboyz Cashout.
J.O.Hardworker’s distinctive voice, consistent lyrical incisiveness, and overwhelming fanbase has heralded the attention of major record label affiliates such as Maze One of Maybach Music Group and Awesome Mike Saunders of Bricksquad. Both are contributing music tracks to his newest projects; his first album entitled ‘Debut’ scheduled to release later in 2014 and ‘The 734 Project’.
Currently J.O. Hardworker is working with his partners Q. Mizer Most and B.Busta P of Q.Ball Productions, Kenneth Frasier “D.J. Clout” as the official ‘HardWorkNation’ D.J. and Louie C. Tha King as the first artist on building and developing ‘HARDWORKNATION’, a recognized name soon to be well known.

Since then til now he has been under development working his craft and also branching off into other avenues of the music and entertainment business from Marketing and Promotion, Branding, Distribution and more.... He has developed a business that makes him more of a complete Artist!!!

Now in 2019 with being a verified artist on many streaming platforms the curated Artist has fans worldwide FOLLOWING his every move as an artist on the rise and President of a Brand getting notification aswell. Stay tuned for more news on J.O. Hardworker and HardWorkNation in the near future.

Update Required To play the media you will need to either update your browser to a recent version or update your Flash plugin.
Download Download
Back
You Tube